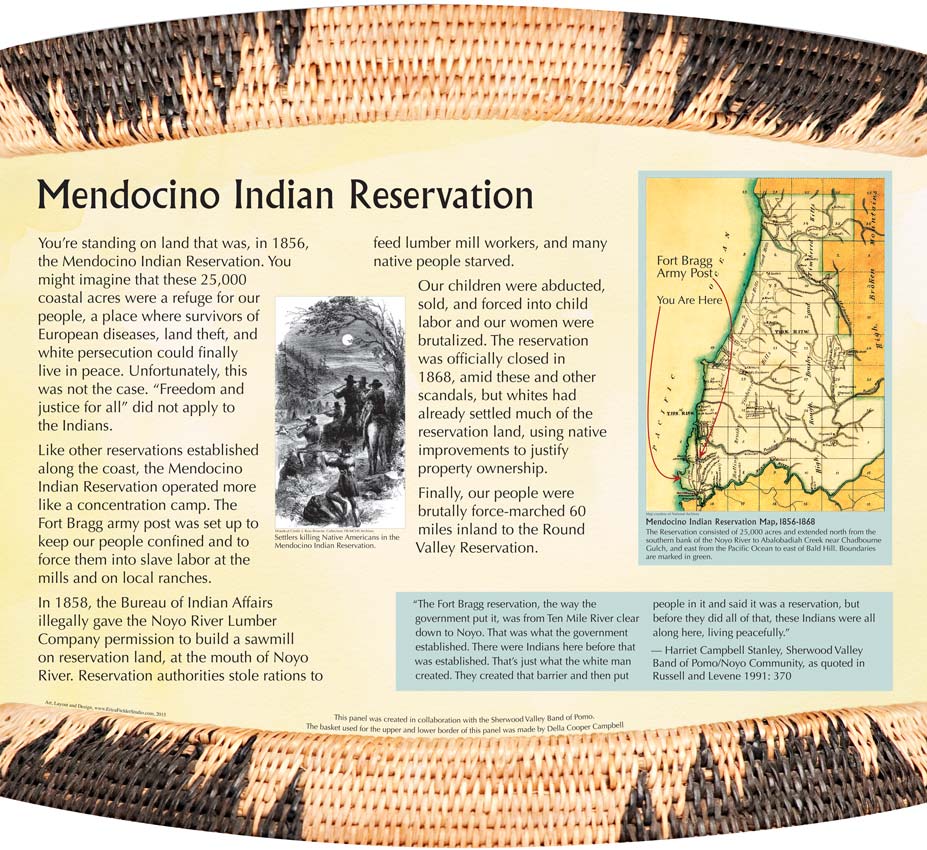 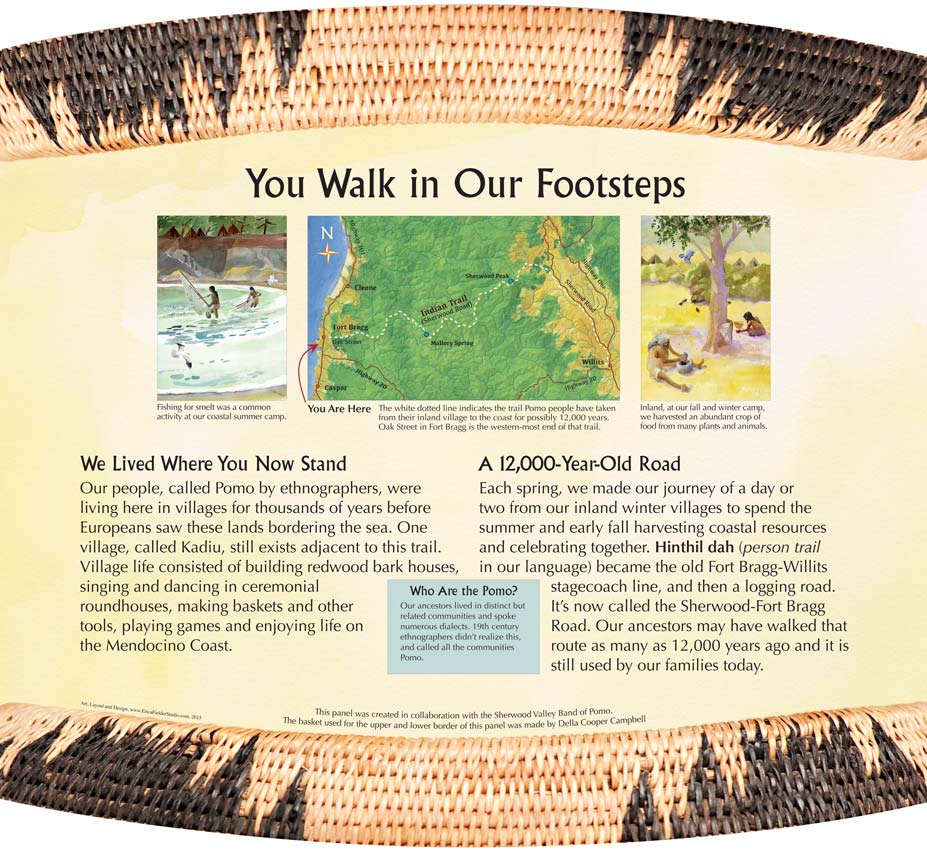 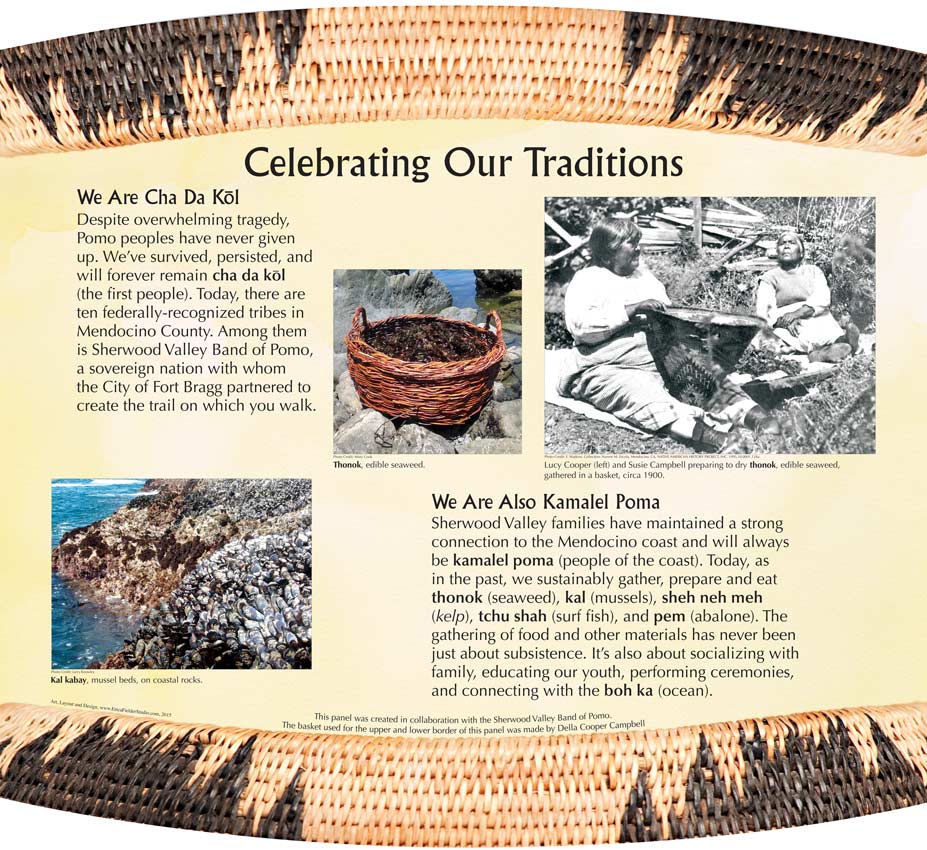 Erica Fielder Studio had the opportunity to collaborate with the Sherwood Valley Band of Pomo on three interpretive displays created for the California Coastal Trail in Fort Bragg, CA. The tribal council wrote and submitted the first text draft in the style often found in a textbook. With encouragement, the tribe began rewriting their text from the heart until they created these powerful stories.

Several hikers on the trail have remarked that such truth-telling from tribal sources is a welcome change from what has been commonly written about native peoples.